FAKRA plug and FAKRA jack connectors for the automotive industry

FAKRA plugs and jacks are labeled for each application in a different color and additionally coded. So being assembled incorrectly is avoided.

FAKRA plug and FAKRA jack in color waterblue have no coding and can therefore be used with each plug or jack of each other color, regardless of the coding.

The FAKRA angle jack connector is a 360 degree rotating 90 degrees variant with a small footprint.

The color scheme of the FAKRA plugs and jacks are internationally standardized.

The FAKRA female connectors have a safety belt to prevent unintended disconnection. 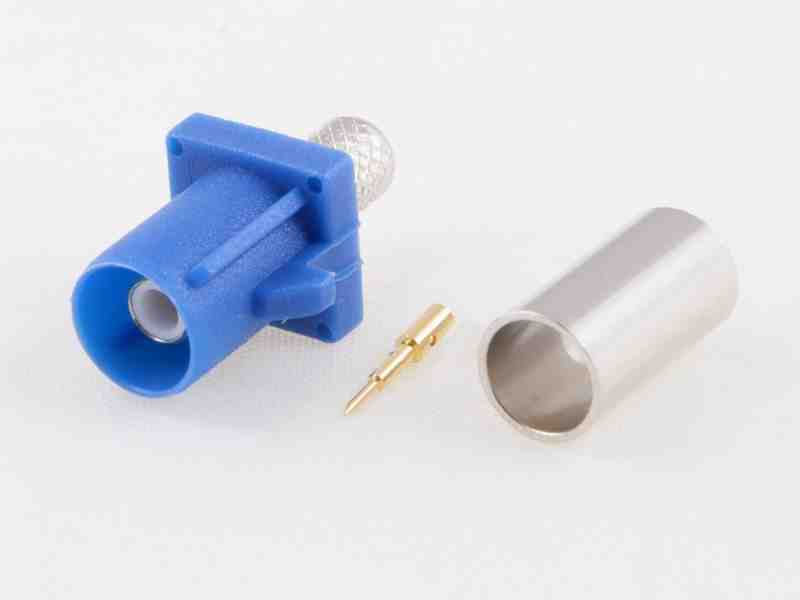