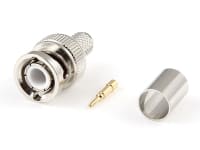 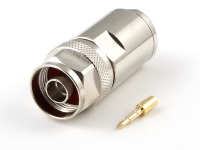 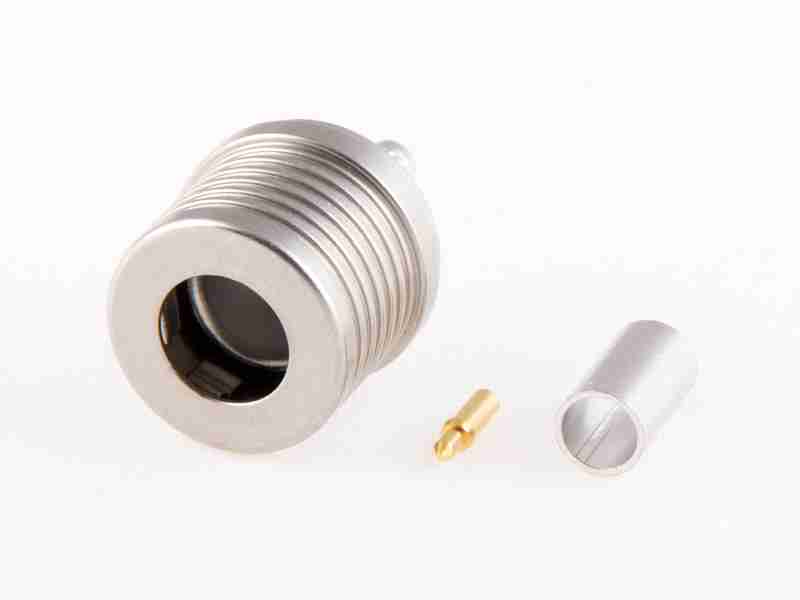 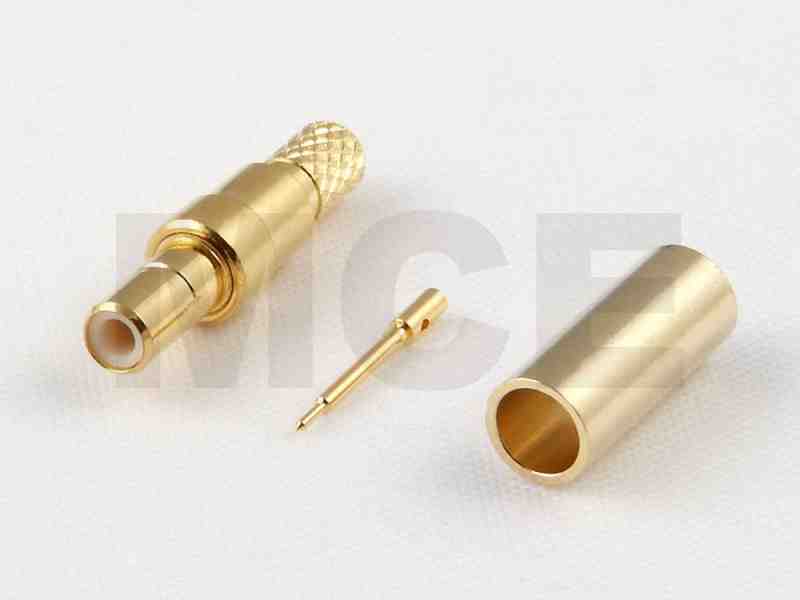 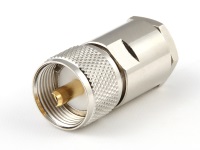 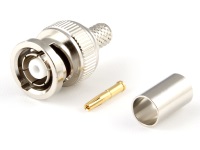 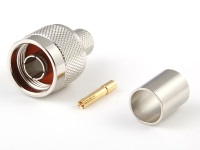 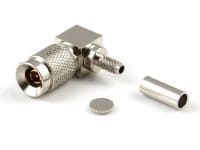 We all know the so-called banana plug. The contact pin already had a diameter of 4mm. In the early days of wireless technology, two such plugs were used at first. Signal leading was only one line. However, the second line was necessary to close the circuit.
Depending on the power, a sender may experience quite high and life-threatening voltage on the signal-carrying line. And as long as the circuit is not closed with the second banana plug, the same high voltage is on this returning RF line.
To eliminate this danger, simply a screwed metal housing was built around the banana plug and connected to this the second line.
So around the year 1930, the UHF plug and as a counterpart, the built-UHF socket.
This original form of a RF connector and its counterpart have been preserved to this day in high-frequency technology. With only one plug, version in coaxial form, so bipolar, the high-frequency technology could be made safer.
This UHF plug-in connector and the UHF panel socket are still known today under the names PL 239 for the plug and SO 239 for the panel socket. PL stands for Plug and SO for Socket. Both designations were circulated by the US military in national language worldwide. Predominantly in the CB radio and amateur radio in addition to the generally introduced designation UHF connector still the old designations, so PL connector, PL coupling or PL socket and PL jack socket used.
Depending on the manufacturer, the UHF connector has a characteristic impedance between 30 ohms and 60 ohms. UHF connectors are still used in radios and accessory equipment for frequencies up to 200 MHz.

Review - The discovery of electromagnetic waves

Radio technology or radio technology, as it was then called, was still in its infancy even after the development of the UHF connector. How slow and laborious the developments were at that time is illustrated by a short review.
Since the prediction of the presence of electromagnetic waves by James Clerk Maxwell in 1864, it took another 22 years, that is, until 1886, when Heinrich Hertz proved experimentally for the first time. Another nine years passed until 1895 Guglielmo Marconi the first station, a blast transmitter, invented. With a replica of the developed by Alexander Stepanovich Popov receiver Marconi managed to receive Morse signals over a distance of at least 5 kilometers wirelessly as radio waves.
Another 11 years passed. For the Christmas festival in 1906, the first voice transmission via radio waves of Reginald Fessenden, who read the Christmas story from the Bible and this was within a radius of 500 meters to receive.
The persons named here are the pioneers of experimental radio technology, ie amateur radio.